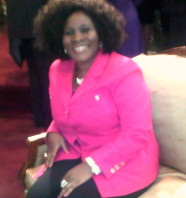 While visiting the United States in December 2012, Pastor Moji Alawiye [PMA] was a guest at Trinity Broadcasting Network amog others. A perfect representative for the entire African Continent.

Being in the presence of several wonderful pastors from across the United States was a blessing to me. I look forward to being a guest on the program later in 2013.

One thought on “PMA at TBN – ATLANTA, GA”